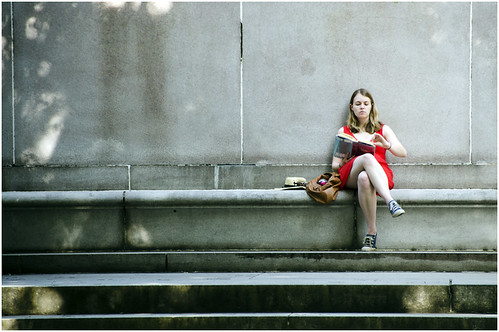 Bibliotherapy, the practice of prescribing literature for its rehabilitative effects, is the latest addition to my lexicon, gleaned from a Washington Post article about a teenager’s winning letter in the 2015 Library of Congress Letters About Literature competition. The winner, 16-year-old Aidan Kingwell of Oak Park, Ill., wrote her letter to Mary Oliver, the author of the poem Aidan credits with turning away from suicidal thoughts when she was 13, When Death Comes.

The Washington Post article ends with the following two paragraphs:

For copyright reasons we are not able to reproduce the poem here. Go to page 10 of the book by Beacon Press here. You can hear Mary Oliver read the poem here.

Last week, two white hat, or ethical, hackers, Charlie Miller and Chris Valasek, took control of a Jeep Cherokee being driven by Andy Greenberg, a Wired magazine staffer, from Miller’s home ten miles away.  These are the same two who demonstrated their ability to hack into a vehicle’s OnStar system to override the driver’s actions in order to brake the car. On that occasion, the two were in the back seat of the vehicle. But last week’s report that they were ten miles away illustrates the potential on a much more frightening level.

Fortunately for all, the two were working with Chrysler so that the automaker could develop a fix that can be downloaded onto a USB drive (or can be obtained from Chrysler directly, also on a USB drive). Hopefully the two, or other white hat hackers, will continue to search for opportunities so the defects/bugs/whatever we should call them are shut down sooner than they can be exploited by anyone with less than benevolent intention.

Unfortunately for all, most companies consider hackers of any sort a nuisance, not allies. It took 15-20 years for tech companies such as Microsoft to stop threatening hackers with lawsuits and to start inviting them to attend security conferences and even pay them bounties for identifying security vulnerabilities. As Greenberg said in his Wired article, we can’t afford to have auto manufacturers to take that long.

Enter the government : two senators, Ed Markey and Richard Blumenthal, plan to introduce a bill that will require automakers to meet standards to ensure those buying cars in the U.S. are protected against digital attacks as well as protecting privacy. The timing was not related to Miller and Valasek’s latest demonstration. Senator Markey got the message the first time he saw Miller and Valasek demonstrate how a vehicle’s security system can be hacked.

Is legislation needed? Any individual’s answer will likely reflect their position on the political spectrum. From where I sit on that scale, the answer is “yes.”  Laws incentivize behavior with either carrots or sticks. In this case protection of the public is the right behavior. And we can’t wait years for automakers.

We had been considering buying our last car, one with the features to compensate for the effects of aging that we know will end our independence when we can no longer drive.  Not just the essentials – power steering, power brakes, electric windows – but also side view mirrors with sensors to compensate for neck stiffness that makes it difficult to turn to see if there is traffic in the next lane, rear-view cameras to help with parking, and front end cameras to assist with braking as reaction times slow.