Setting aside the price, I found the perfect purse for someone of my age. You know, for someone who is facing fewer years in my future than the many years of my past. Years that promise increasing weakness, even feebleness, which improve the likelihood of being targeted by pick pockets and muggers. It is a black leather Calvin Klein.

If it weren’t for the price, it would be perfect. Now, if it lasts more than four years, the per-year-cost will bring it down to the price I have been paying for the imperfect fake leather purses that I have to give up because a handle rips off or a zipper breaks. Then it will be the perfect purse. 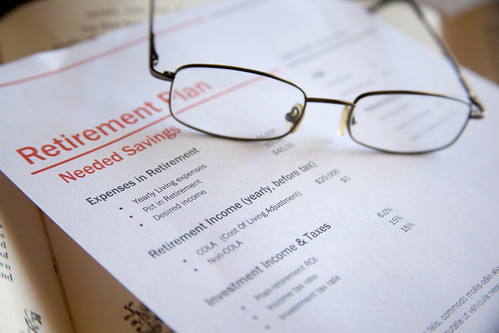 As my husband approached Social Security eligibility, our mailbox filled with offers for “free” lunches from financial advisors and planners. The invitations all included some version of the statement that it is still not too late to plan for retirement. Except for the first one, he declined the invitations. The first one confirmed our suspicions and what we already knew – there is no such thing as a free lunch.

Now that I am approaching that same age, the invitations have started arriving again. A recent arrival made its pitch this way:

No matter what the invitations say, at this point it is too late for those lessons. We don’t need them. We have already done the saving and goal setting. We have no debt. And since I have never heard of the people offering these lessons, I have a hard time taking them seriously. It feels like an offer that will result in the loss of my time and money. So I have ignored them.

But I have to admit that some of the etc., etc., etc. points are relevant, such as:

Of course, I didn’t recognize the relevant ones because of my skepticism at the outset about why they were pushing the first set. I had already followed all the advice from financial advisors to ensure I have funds put away for my retirement years. I was focusing on the savings phase of retirement planning. And the financial advisors we had been doing business with weren’t getting in touch with us to consider the future.

Well, most of those financial advisors weren’t getting in touch with us. Thankfully, one did – Greg Roemer of Thrivent. If it hadn’t been for Greg, someone we came to know and rely on very late during the retirement savings phase, I am not sure I would have realized the importance of the retirement income phase. We would have stumbled along allowing events to cause actions and that might have worked out OK. Thankfully, our persistent advisor didn’t give up on us. Greg invited us to review our financial situation to see if adjustments are advisable. When we couldn’t connect because of family emergencies – he is on the east coast and we are on the west – he still didn’t give up. He continued to recommend that we meet and arranged with another Thrivent advisor on the west coast, Don Neff, for us to meet in Don’s office where we were able to connect via video conference. Here is some of the information he provided to help us – in our situation, not yours – consider options.

Had our financial advisor not been so persistent, we would likely have made decisions that could significantly complicate the income distribution phase of our retirement planning. We already made one other decision – in addition to my husband beginning to collect Social Security at the earliest possible time – that we might have avoided had we consulted with an advisor sooner. My husband is a both a U.S. and a British citizen and has worked in both England and the U.S., making contributions into both social security systems. But since he has been following me around the world for the past 20 years, he hadn’t fully contributed to the U.K. system. Thinking it was a prudent step, he made the catch-up contributions so that he would qualify for both pensions. Once he did that, his Social Security was reduced by a percentage of his U.K. pension. He paid for the benefit and because he did, he gets less of the other.

Sometimes it really is too late.

The other day I watched a man with a long white beard in a worn suit walk across the street with the help of a cane, while I waited at the signal in my car. He walked so slowly I wasn’t sure he would make it across the street before the traffic light changed. Then I saw his shoes. They were at least two sizes too big. There was an inch of space between his heel and the back of the shoe. No wonder he walked slowly.

While I have nothing but his appearance to go on, my guess is that he is among the many homeless in America.

According to an April 2010 report by the National Alliance to End Homeless:

That report uses the term “sheltered homeless” as a reminder that sleeping outdoors on park benches or in a doorway is not the only criterion for labeling someone as homeless. In the summertime in Arlington, Virginia, volunteers in the Arlington Street People’s Assistance Network (A-SPAN) Homeless Bagged Meal Program (I am one of them) prepare more bagged meals to serve in the evening at the two sites than they do in the winter. In the winter, more homeless persons find shelter for the night in buildings, not vehicles, getting their meals indoors.

As a child, I remember using the term “bum” to describe someone who looked like the man I watched cross the street. The stereotype then was that anyone who was homeless was either lazy, running away from something, or an alcoholic or worse – that the condition of homelessness was the result of poor choices by the individual. “They” brought it on themselves. Some may still choose to believe that stereotype, but the evidence indicates that there are single men, single women, children and families who live in their vehicles, in shelters, in public restrooms, or wherever they find protection from the elements and and other hazards. Now it is hard not to acknowledge that the primary cause of homelessness, poverty, can result from many different situations, most entirely out of the hands of those who end up without a home. Loss of a job, loss of a life partner, a serious medical condition – each of these can result in depletion of one’s life’s savings, then the loss of a home.

I don’t think I’ll ever consider myself other than firmly in the middle class. I’ll never be rich, if the measure of richness is solely money. And I will always consider the homeless person on the side of the road as my neighbor. We share the same space even if we don’t share the same circumstances.

Getting old SUCKS!   But, it’s BTTA – better than the alternative.  In this blog I will explore the brighter side of the changes in my life that otherwise might just tip me into deep, dark depression.